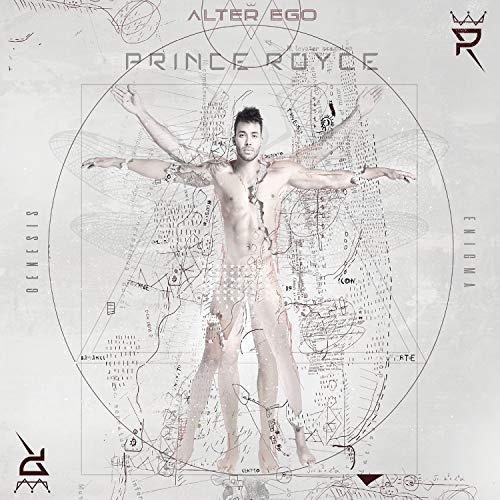 Alter Ego is Prince Royce's sixth full-length and the first double album issued by a Latin artist since 2010. Two years in the making (he got married in the interim) its two halves are split under the subtitles Genesis and Enigma. Those seeking two albums of romantic bachata will be surprised: Nothing in Royce's career thus far showcases the expansive musical exploration on display here. Its four pre-release singles all charted, and when combined, their respective videos netted billions of views. Alter Ego features a slew of collaborations with artists ranging from Marc Anthony, Manuel Turizo, and Zion & Lennox to Maluma, Dani Leigh, and Wisin & Yandel. All the songs are accompanied by a visual component released on the artist's YouTube channel.

First disc Genesis rambles (mostly) through poignant and romantic bachata, and rhythm-laden tropical pop. In "Si Supieras" the nylon-string and electric guitars engage in mellifluous interplay with hand drums and synthetic beats. It's airy and fluid, and Royce's trademark singing really leans into the folk roots of the melody without forsaking the hook. "Dec. 21" weaves layers of vocals together inside a beat that touches on both romantic and street bachata. It gently rocks as Royce engages an atypical restraint that allows the emotion in his lyrics to emerge gradually as bluesy electric guitars solo alongside him. The bassline in "Me Robaste La Vida" frames a swoon-worthy street bachata with crisscrossing reggae rhythms as Royce croons with purpose above it all. "Pull Up," with Dani Leigh, is delivered as a bilingual duet, with her guitar and voice adding dreamy textures to the slow hip-hop and Caribbean rhythms. "Adicto" (featuring Marc Anthony) melds bachata and son in a dramatic midtempo ballad; a salsa version of the tune carries out the disc with killer congas, timbales, chromatic horns, and fingerpopping grooves.

The Enigma disc kicks off with "Cita" to showcase Royce's experimental appetites. The track is wrapped deep in trap beats and drenched in urban soul. The hard-edged street bachata of "Besos Mojados" stitches together synthetic beats and hand drums, its dancefloor quotient is abundant, but Royce's singing plums the depths. "Fill Me In," in English, is funky, dirty, souled-out trap. Its wonderfully noisy soundscape is greased with nasty beats and a hook worthy of Bruno Mars. Speaking of trap, "Trampa" is a perfect collaboration as Royce's romantic croon meets the gritty dubwise trap of Zion & Lennox. "Really Real" is textured R&B with a tight hip-hop shuffle, and a gospelized backing chorus as Royce delivers a killer melody. "Curame" (featuring Manuel Turizo) is pure Miami bachata with a pair of crooners entwining their voices in a paean to healing: physical, romantic, and spiritual. "El Clavo" (a remix featuring Maluma) is a seamless yet gritty fusion of street bachata, urbano trap, and electro cumbia. The extended treatment Alter Ego gets as a double album should delight fans. But this is more than just an offering to the faithful: Alter Ego is a mature document by an artist whose musical potential is realized with an expanded command of rhythm, melody, phrasing, and production.