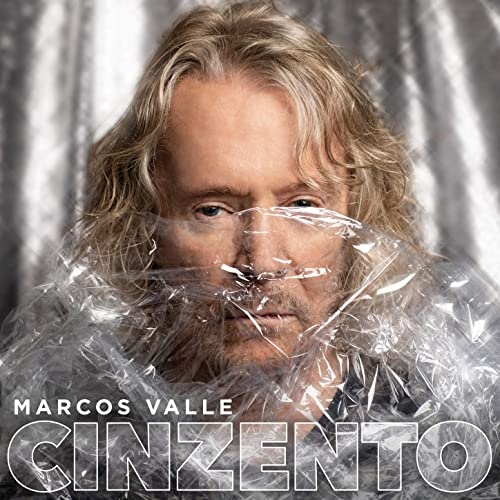 Cinzento is the third studio outing from Marcos Valle in two years. After the critical acclaim for 2019's disco-fied Sempre in June 2019, Valle returns to the essence of Brazilian pop and samba on Cinzento ("Gray"). The set was recorded for the independent Deck Disc and is loosely related to his classic 1973 offering Previs?o Do Tempo ("Weather Forecast"). Deck label boss Roberto Ramos, who has reissued several Valle titles including Previs?o Do Tempo, buttonholed the artist in 2018 and exhorted Valle to cut an album for Deck at their studios, while looking to the 1973 album for inspiration. He accepted.

Valle revisited the 1973 collaboration with Azymuth, who were still a young band, not yet the influential fusion trio they would become. With that spirit in mind, Valle looked (mostly) to a younger generation of artists as his lyricists. All but three appeared on the Brazilian scene during the 21st century. They included Alexander Kassin, Moreno Veloso, Domenico Lancellotti, Bem Gil, Jorge Vercillo, and rapper Emicida. He also included "Rastros Rare," a 2010 collaboration with singer/songwriter Zélia Duncan, "Nada Existe," a reunion with lyricist brother Paulo Sérgio Valle, and "Posto 9," formerly an instrumental on Jet Samba co-written with Ronaldo Bastos. "Recicio," one of two cuts to feature Emicida (the other is the title track) offers poetic lyrics about the recycling not of materials but of time and life itself. In the bridge, Valle sings: “In everything I find grace/Even in the midst of disgrace/I understand and laugh at grace/That life is still for free…if everything is a cycle, I recycle and become more beautiful….” Valle sent him the title-track demo with his own singing on the first verse and bridge, and Emicida rapped and sang on the rest, making it a glorious summery duet. "Redescobrir," penned with Veloso, is a glorious postmodern bossa with elegant nylon-string guitar, an infectious backbeat, layers of bumping percussion, and a sultry bassline. "Posto 9" is a lithe, airy jazz samba propelled by analog synth and bass. "So Penso Em Jazz" is one in 7/8 co-written with Vercillo; it contains metalinguistic lyrics about songwriting and the act of creation. Closer "Sem Palavras" is a funky instrumental that recalls the Brecker Brothers early-'70s experiments, with punchy brass, spiky Hammond B-3, and a propulsive bassline. While Cinzento doesn’t possess the relentless dancefloor pace of Sempre, it is at once a delightful change of pace and a reaffirmation of Valle's well-established role as a composer and performer of rare sophistication.